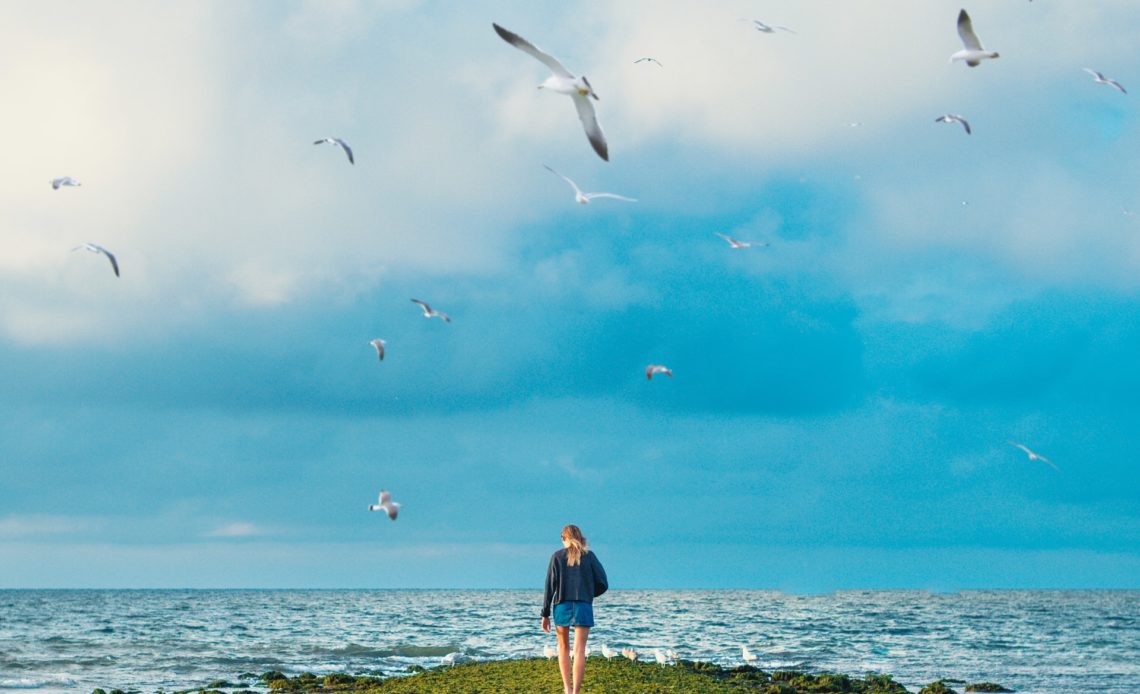 The vagrant clouds were an open stage,

For the birds in the air,

As I watch them from my balcony,

They know no boundaries or limits,

Unlike the humans confined,

Not only by the fringes of the door,

But also shackled by the destructive thoughts,

That hover around the mind.

The strong winds beneath the wings,

Of the birds in the air,

Let them soar high in the air,

In the limitless realms of the horizon,

Taking a cue, I draw inspiration,

From the birds in the air,

Unknot the threads of wanton desires.

I take the flight of imagination,

Rejoice at my rebirth,

As the free bird in the air,

Tasting the sweet aroma of freedom,